Nicola Mountney was born in London, England, where she lived and worked for many years. She has always worked in the creative arts in their many forms. After her early years spent pursuing a career in classical dance, she worked for a major London costume company, specializing in historical costume for film and television. Here she was responsible for creating and mounting many costume exhibitions in museums and historic houses throughout Europe and the USA, before  moving to Tuscany, Italy in 2006.

Having spent 10 years studying and instructing Tibetan Buddhist Thankga (scroll) painting , Nicola has developed her own style of painting with a strong emphasis on precision, colour and detail, but moving away from the firm guidelines she had learned. Her frequent travels in India and Nepal whilst living in a very occidental world has led her in the direction of creating a fusion of East and West, forming the basis of much of her work.

In the course of her training as a thangka painter she became interested in the often highly complex landscapes in ancient, sometimes 2000 years old thangka paintings. Taking tiny fragments of these landscapes she used them as a basis to create her own paintings whilst developing them further.  She has a special fondness for Bhutanese thangkas, which are both beautifully painted and highly refined.  At the Royal Academy exhibition in London in 2005 called The Three Emperors, she discovered the Milanese artist Guiseppe Castiglione (Lang Shining), who travelled to China as a Jesuit Missionary.  Castiglione went on to become a court painter to the Emperors, incorporating Western-style painting into Chinese art and in doing so became one of the greatest court painters in China during the early to middle 18th Century.  His work has become her main inspiration.

Traditionally, ink and colour was the medium of choice, whereas Nicola has continued using gouache as well as egg tempera in her work, as it lends itself well to painting fine detail.  She uses the specific technique of blending colours on the canvas, rather than in a mixing palette and uses extremely fine paintbrushes like those used in traditional thangka painting.  It is interesting to note how combining these styles of painting can bring a contemporary and fresh look to the paintings particulary in the rendering of water. Just as her eye for artistic detail played a crucial role in her previous career in period costume and exhibition design, those same skills have added a particular style to her art form, where every detail is scrutinized under a magnifying lamp.

Nicola lives and works in Tuscany surrounded by the mountains and water which inspire and inform her work. She exhibits in Italy and England, and her work can be found in private collections in Europe, Asia and America 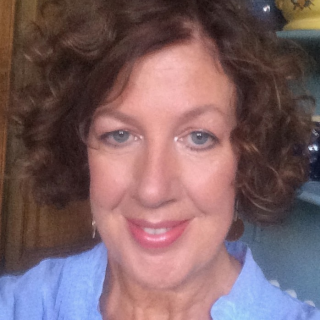